Freight Division Director John Murphy announced today that based on the Consumer Price Index figures released February 10th by the Bureau of Labor Statistics, YRCW Teamsters will be due a cost-of-living allowance per Article 33, Section 4 when the next scheduled hourly and mileage increase takes place on April 1, 2022.

This is the first wage COLA payable to our Yellow freight members since 2006. The $0.60 cents payable on April 1, 2022, will be the largest annual increase our members have received since 1981 when the COLA paid 77 cents. 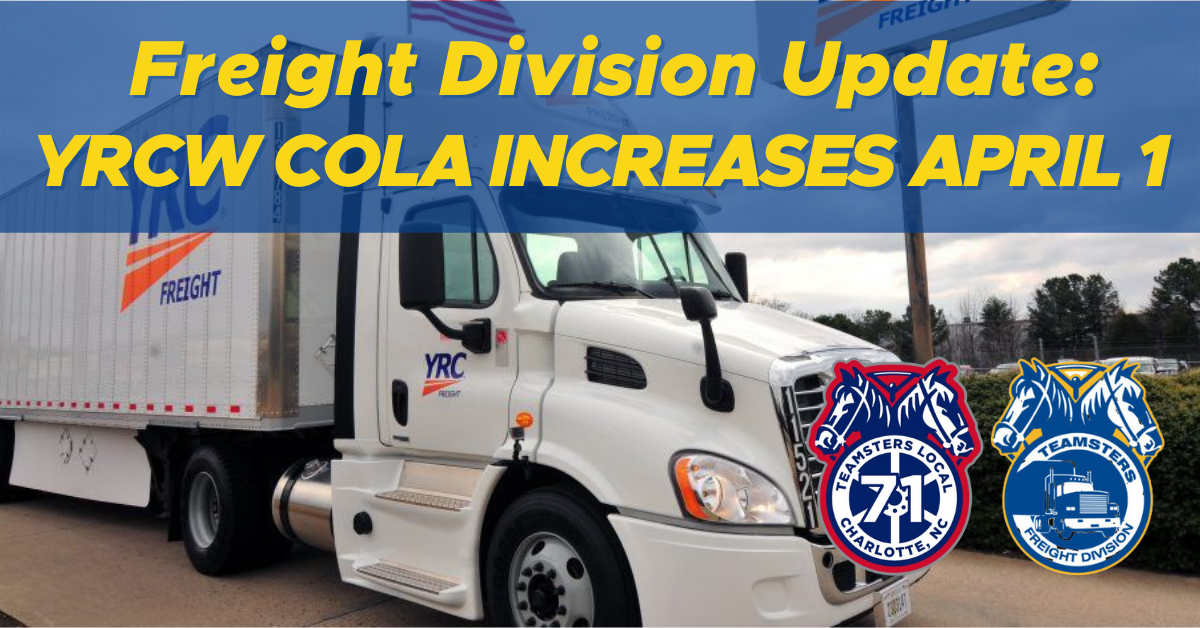 COLA increases will be as follows:

These increases are in addition to the negotiated increases per the 2019–2024 YRCW NMFA settlement which are effective April 1, 2022:

Read the full memo here. In addition to the increases scheduled for April 1, YRCW members will also be receiving contractually negotiated raises in October.