Teamsters Local 71 is organizing UPS parking lot actions on Martin Luther King Day to demand UPS respect MLK Day as a paid holiday and deliver on his dream of economic and social justice. 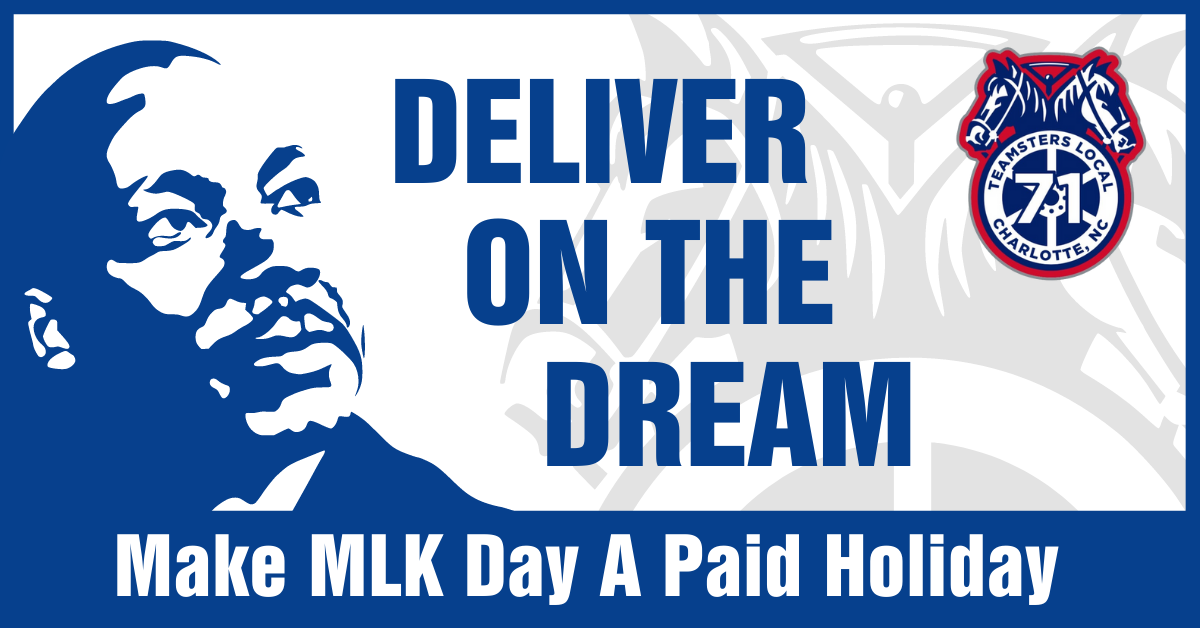 President-elect Sean O’Brien has called for a National Day of Action at UPS, and Local 71 will be joined in action by dozens of locals around the country.

The Teamster Convention approved a resolution to fight to win Martin Luther King Day as a paid holiday in all Teamster contracts. Talk with your steward or Business Agent to get involved.