On October 4, 2021, every Teamster member in good standing will be mailed a ballot to elect the General Executive Board of the International Brotherhood of Teamsters.

Click here for notice of the election in Spanish.

Nominated Candidates for General President of the IBT will participate in a Candidates Forum on Wednesday, September 1 at 6:30pm in Washington, DC. The forum will be live-streamed.

Click here for notice of the candidate forum in English.

Click here for notice of the candidate forum in Spanish. 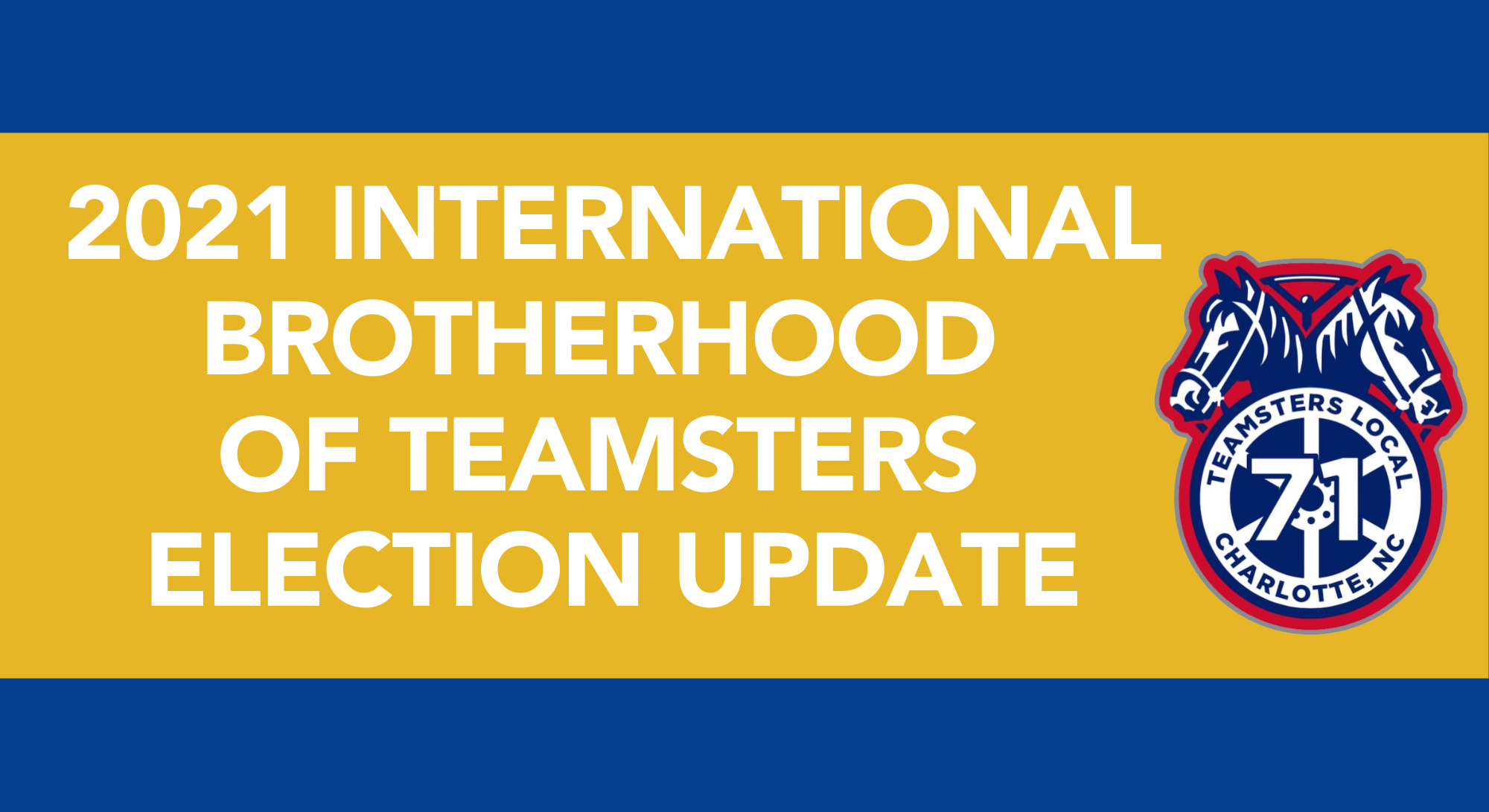 The election of International officers is being conducted by mail ballot by the Election Supervisor for the International Brotherhood of Teamsters (“IBT”). The ballot count will begin after 10:00 a.m EST on November 15, 2021, at the IBT International Election Count Site in Alexandria, Virginia.

TO BE ELIGIBLE TO VOTE, a member must have his or her dues paid through October, 2021. Members may become eligible by paying any unpaid dues and initiation fees at their local union by the close of business on November 12, 2021. Members whose dues are withheld by their employer under a check off provision in their collective bargaining agreement will not be declared ineligible to vote due to the employer’s failure to make timely payment of those dues to the local union. For a full statement of the rules governing voting eligibility, please see Article V of the
Rules for the 2020-2021 IBT International Union Delegate and Officer Election. The Election Supervisor’s final ballot pickup from the U.S. Postal Service will be at 9:00 a.m. EST on November 15, 2021. Only ballots received at the Election Supervisor’s post office box by this date and time will be counted.

TO VOTE, fill in completely the oval to the left of the candidate of your choice. USE A BLACK OR BLUE PEN.

IF YOU MAKE A MISTAKE, DO NOT CROSS OUT. Instead, request a new ballot from the IBT Election Supervisor by calling 1-844-428-8683.

DO NOT GIVE YOUR BALLOT TO ANYONE TO MARK OR MAIL ON YOUR BEHALF. No person or entity shall limit or interfere with the right of each IBT member to determine independently how to cast his or her vote and to cast and mail the ballot himself or herself. The Election Supervisor shall not hesitate to impose the most severe sanctions for violation of the prohibition against solicitation of a member's ballot by any other Union member, officer, business agent, steward or other person, including, but not limited to, recommending appropriate disciplinary proceedings against members involved, referring the matter to the Government for appropriate action under law (including the Final Order and Agreement) and, when appropriate, disqualifying the candidate on whose behalf ballots were solicited.

If you have any questions about this election process, if you have recently moved, if you need a replacement ballot or if you need any ballot materials, request assistance immediately by calling 1-844-428-8683.

Click here for notice of the election in Spanish.

A limited number of tickets are available to attend the Candidates Forum, in person. Contact the candidates for information on tickets.

WATCH: Watch LIVE at https://fb.me/e/JMXRCIGa or www.teamster.org/debate/. The internet audience will be able to submit questions that may be posed to the candidates during the Forum.

Watch the Forum later, or read the transcript, at www.ibtvote.org.

Up Next: The candidates for General President are scheduled to debate again in Las Vegas, NV, on Tuesday, September 14, 2021 at 8:00 pm (EDT). The candidates for General Secretary-Treasurer are scheduled to debate in Chicago, IL on Wednesday, September 29, 2021 at 8:00 pm (EDT). These forums will also be live-streamed.

CHECK WWW.IBTVOTE.ORG FOR UPDATES ABOUT THE GENERAL PRESIDENT CANDIDATES FORUM

Click here for notice of the candidate forum in English.

Click here for notice of the candidate forum in Spanish.