The Teamsters National Freight Industry Negotiating Committee has reached a settlement with Holland resulting in over half a million dollars to be paid out nationwide to Holland Teamsters, including $26,299.47 to be paid to Charlotte drivers. 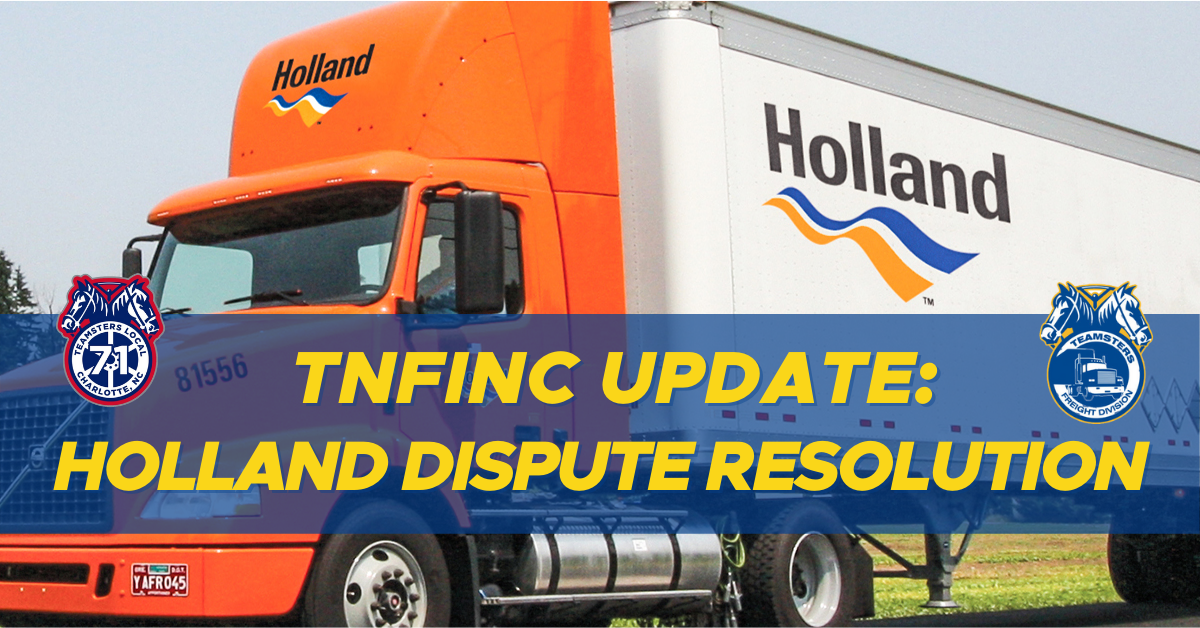 All effected Holland drivers were mailed checks last week. Per the memo from the TNFINC, The amount each employee receives will be different and is an estimate based on a formula.

The formula basically looks at average trips overall for Holland employees (4.4 trips per week) minus days that were compensated or worked during the relevant time frame, and then factors in the employee’s average wages (based on 1/52 of the prior year’s earnings).

In order to continue monitoring Holland's use of PTS and to continue improving the dispatch system, Holland will be required to meet regularly with the TNFINC.