After eight months of bargaining, Aramark Teamsters voted 93% to ratify a three-year contract, winning improvements for the 21 members covered under the agreement. 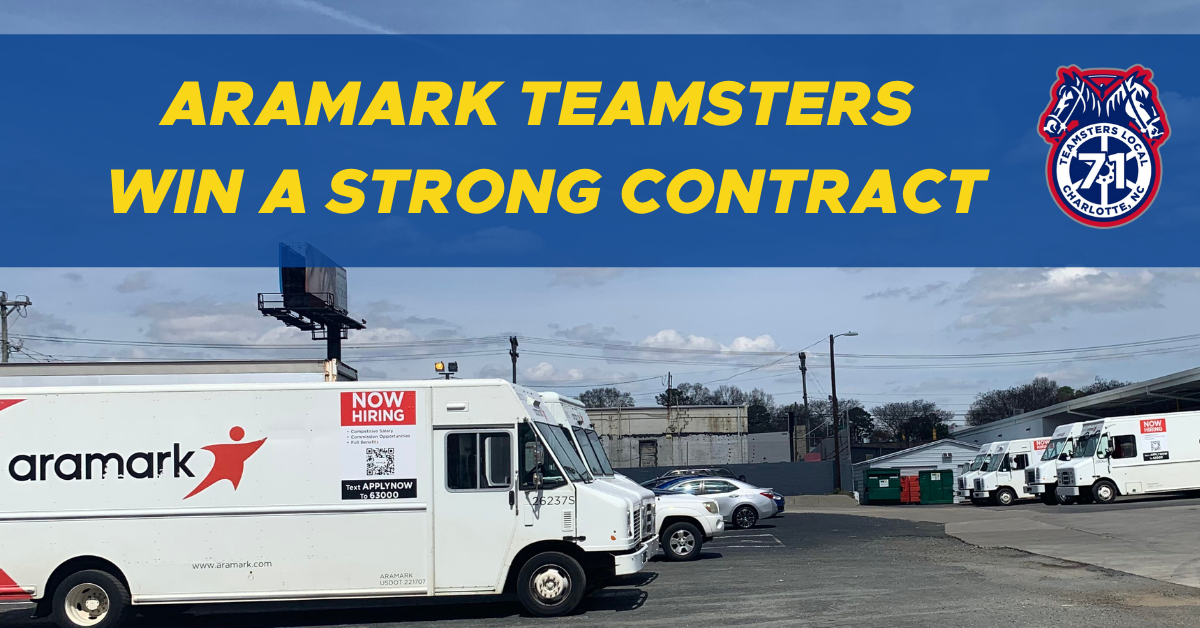 Congratulations to our Aramark Brothers and Sisters for standing strong and winning the contract we deserve!

The contract will be posted online. Contact the local to receive a copy of the contract.